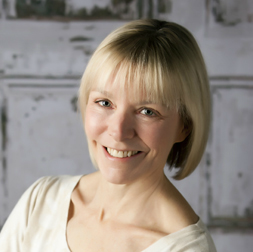 Cuyler Overholt worked as a lawyer for several years, then spent a decade transforming technical jargon into entertaining prose for a New York-based public relations firm, before finally finding the nerve to try writing a novel during her young sons’ naptimes. To her surprise and delight, her debut novel, A Deadly Affection, received ForeWord Reviews' Book of the Year Award and the Next Generation Indie Book Award for best mystery, and was nominated for the Strand Critics' Award for best first mystery. A Promise of Ruin, the second book in the Dr. Genevieve Summerford mystery series, was nominated for the Daphne Du Maurier Award.

Cuyler shares a keen interest in human motivation and behavior with her husband, a psychologist, who is still working on perfecting her. When she isn’t reading or writing she can usually be found on a bike, in the cobra pose, or watching a movie.